Nordsee One GmbH is counting on a long-term collaboration with EMS Maritime Offshore (EMO).

On 31/08/2018, EMO signed an extension of its charter contract for MS ‘Windea Four’ with Nordsee One GmbH until 2026. The specialist vessel was developed for use in offshore wind farms and has been outstandingly successful. What made this occasion even more special is that it coincided with the christening of her sister ship MS ‘Windea Six’.

EMO’s crew transfer vessel (CTV) ‘Windea Four’ has already been working for the wind farm operator Nordsee One GmbH out of Norddeich since June 2016. The ship transports service technicians and freight to the wind farm of the same name, ‘Nordsee One’, 40 km to the north of the island of Juist. The owners of the wind farm are Northland Power with an 85% share and innogy with 15%.

‘After more than two years of successful collaboration, we are delighted to also support the project over the long term during the operating phase with our CTV ‘Windea Four’, stated Knut Gerdes, Managing Director of EMO. The offshore wind farm became operational at the end of 2017. It consists of 54 installations of type 6.2M126 manufactured by Senvion.

‘The CTV is ideally adapted to the particular conditions of the southern North Sea and the base port of Norddeich in the Wadden Sea; the ship and her crew are one of the top-performing units’, explains Jan Heyenga, Head of Maritime Services at EMO.

‘We would like to highlight in particular the trusting and professional collaboration between the EMO team and the team from Nordsee One at an operational level.’

The 27.5 m long ‘StratCat’ is equipped with water jet propulsion and can travel at up to 28 knots. It can transport up to 24 passengers and 30 tonnes of freight. It is operated by a crew of three. 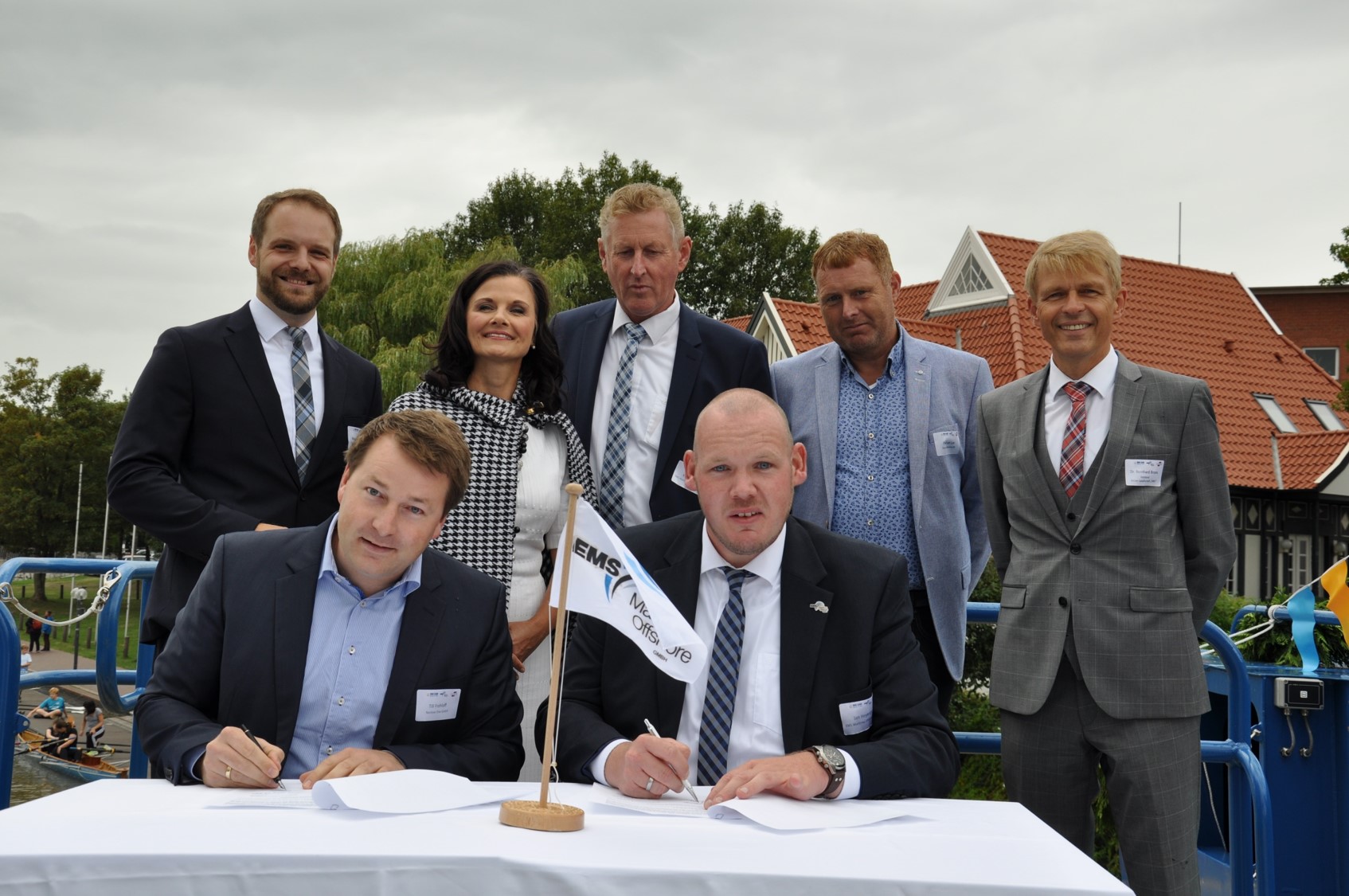 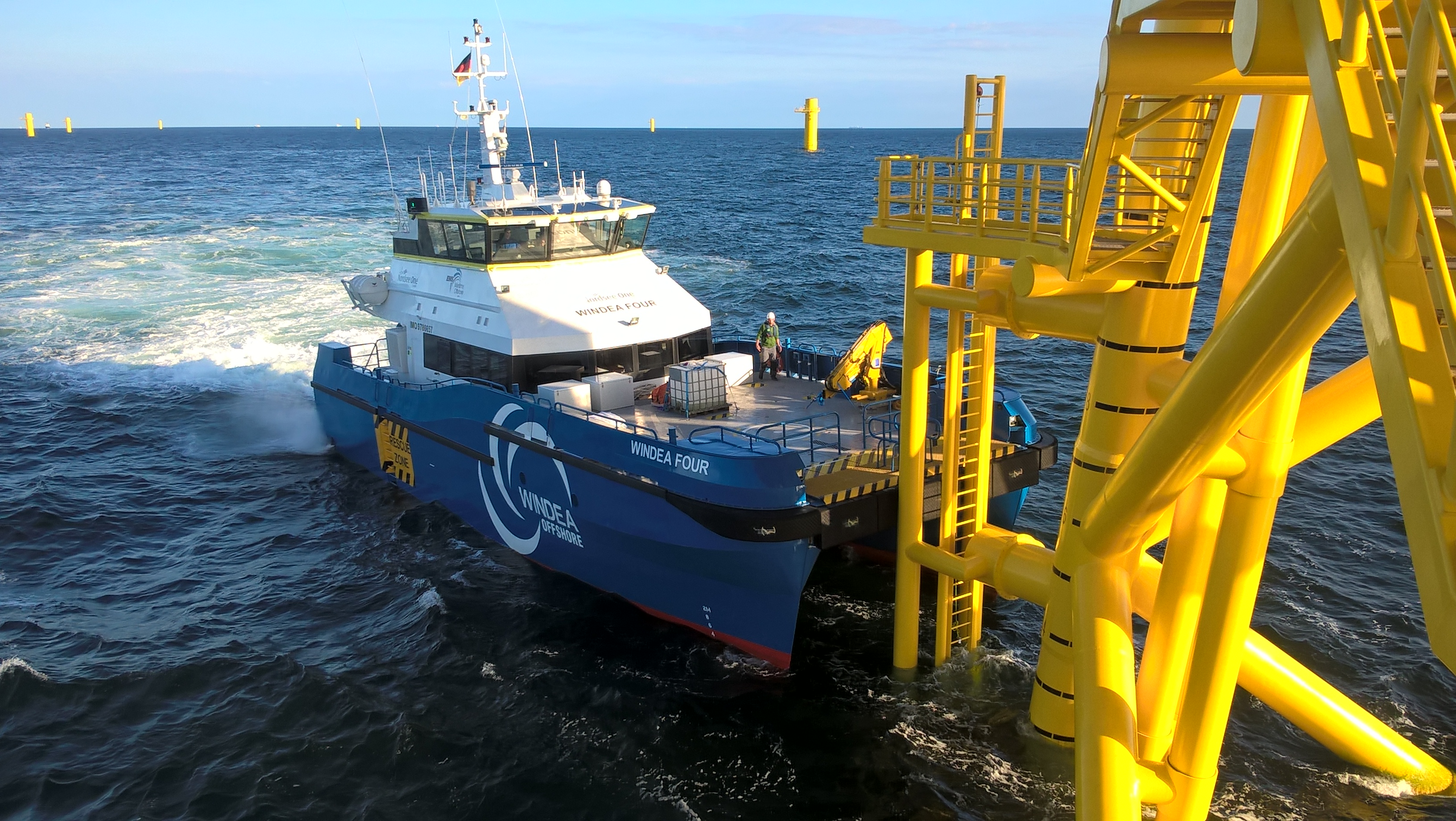 The CTV WINDEA FOUR at the offshore wind farm Nordsee One