EMO is to be the operator of the newly constructed heliport in Groningen’s Eemshaven. The long-term operation contracts are being signed today.

Groningen Seaports remains the owner of the infrastructure needed for the heliport. EMO will be operating this heliport and, depending on market developments, will provide it with a number of small buildings that are still required. The official opening is expected to take place around the summer.

The infrastructure – including a take-off and landing area – is located in the north-western part of Eemshaven, close to the Borkum ferry service.
The total site covers an area of approximately 4.5 hectares, of which approximately 1.35 hectares is airfield. As well as a helicopter landing area, the site contains helicopter parking stands and, depending on developments, a number of small buildings may be built in the future, such as a hangar and/or an office/work/reception area for the helicopter operations.

An increasing number of companies working in the offshore wind and other industry are using Eemshaven as a base for their activities. Companies in this sector provide long-term employment as not only the construction of wind turbines, but also the service and maintenance, can be carried out from this base. It is necessary to use helicopters in addition to ships for the transport of personnel and tools because of the large distances to the offshore wind farms. The maximum number of return trips is 15 a day.

An extremely precise roadmap was followed for the choice and construction of the heliport, both for the immediate surroundings (residents) and for the flora and fauna (Wadden estuary). With the realisation of the heliport, Eemshaven is strengthening its strong position as a base and service port for the offshore wind industry. 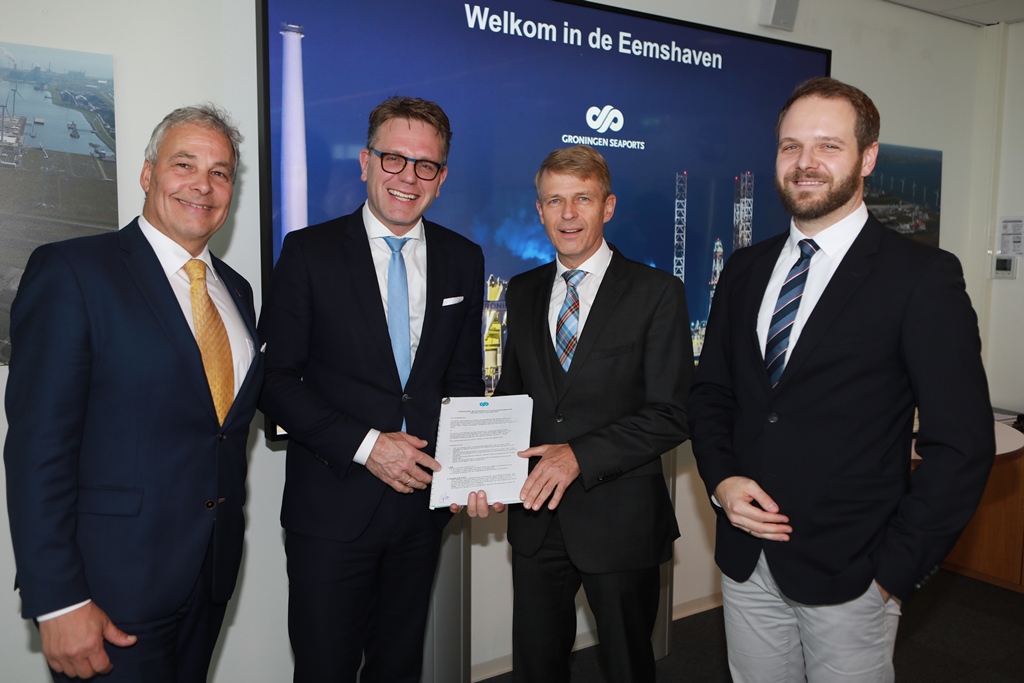 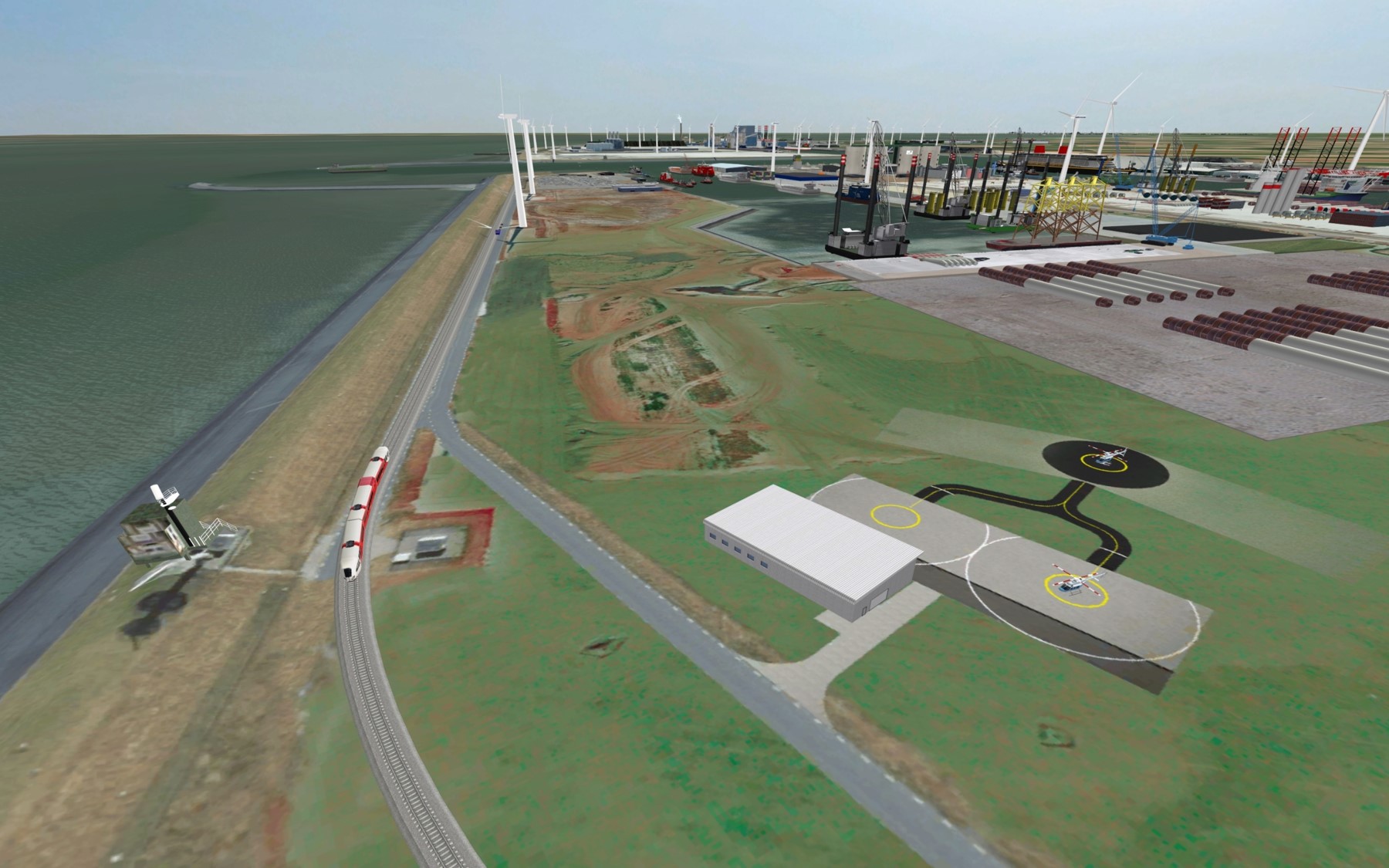