MS Maritime Offshore GmbH (EMO) marked the occasion of Harbour Day in Leer by christening the new addition to its fleet, the crew transfer vessel (CTV) ‘Windea Six’, in the harbour. Member of the German Parliament Gitta Connemann was delighted to assume the honour of christening the ship, especially in her hometown of Leer. When asked how one could become a ship’s godmother, Connemann said: “You mustn’t have red hair like a ship’s kobold.” But a kobold must have stowed away somewhere, for the champagne bottle only burst on the second attempt.

EMO has been working for the ‘Nordsee One’ wind farm with MS ‘Windea Four’ since the start of the construction phase in 2015; the Emden-based company has now secured a contract with the operator Senvion GmbH from Hamburg to provide a CTV during the wind farm’s operational phase. EMO has therefore added a catamaran from the Strategic Marine shipyard in Singapore to its fleet. ‘Windea Six’ will go into service out of Norddeich for at least three years, starting immediately.

‘The catamaran’s home port is Borkum’, emphasised Dr. Bernhard Brons, Chairman of AG “EMS“, even though the christening had been held at Leer, because this is where the AG “EMS“ Corporation had its roots. The ship sails under the German flag and has a German crew, and it has furthermore benefited from regional financing from the Ostfriesische Volksbank in Leer, with a 50/50 share being taken by Paul van Laar. As OVB Chairman Georg Adler points out: ‘This company is a barometer for a prospering region.’

During the operational phase of ‘Nordsee One’, the MS ‘Windea Six’ will be available to transfer mechanics for maintenance work at the wind farm. Senvion has erected 54 type 6.2M126 installations at the wind farm. ‘Our specialist vessels have proven themselves since they are suited to the particular conditions of the operational area in the southern North Sea and meet the requirements of our client’, says Knut Gerdes, Managing Director of EMO. Whilst the achievement of expansion goals for offshore wind energy and other changes have brought a slowdown in the market in their wake, Gerdes admits: ‘An order like this is not a foregone conclusion, so we are particularly delighted about the additional contract and also about the extension of the contract for the ‘Windea Four’.

The 26 m long ‘Stratcat’ is equipped with a waterjet propulsion system and can reach a maximum speed of 28 knots. It can transport up to 24 passengers and a 4-man crew, as well as up to 30 tonnes of freight. The project is being undertaken as a joint collaboration between EMS Maritime Offshore and its partner, Van Laar Maritime B.V. The total sum invested is in the region of 4 million euros. 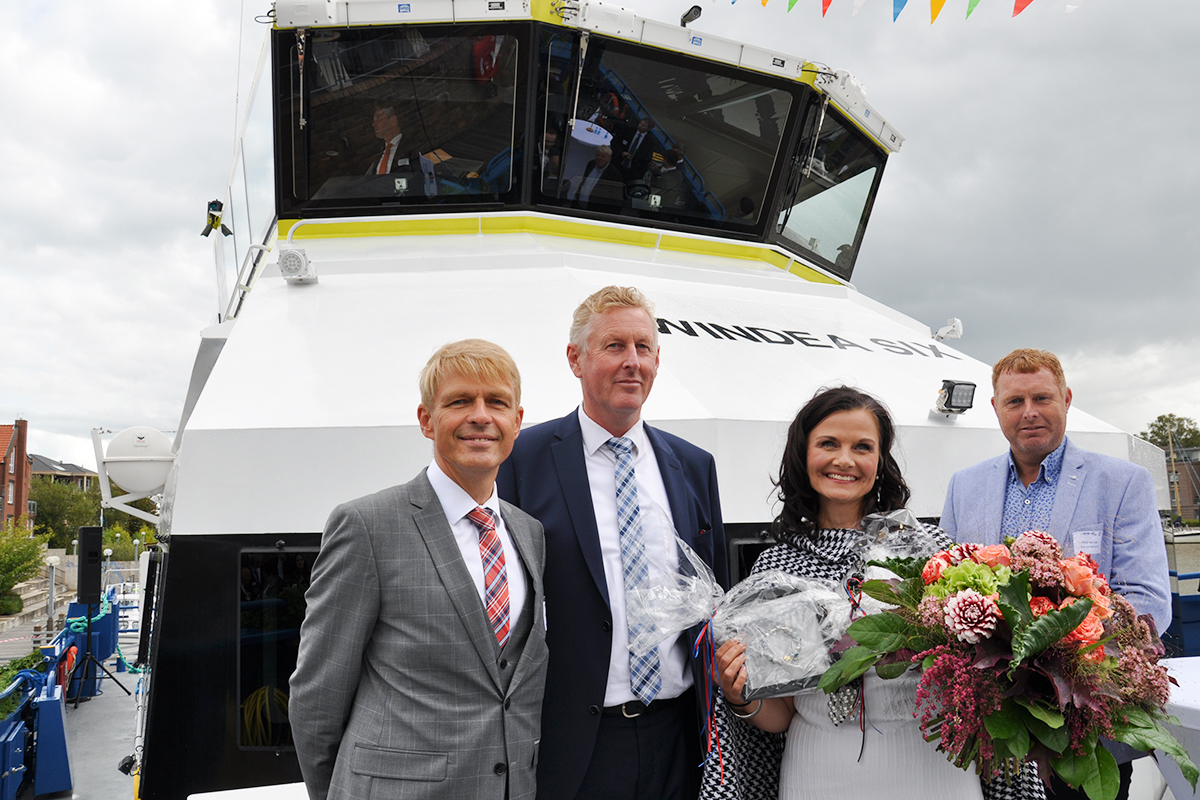